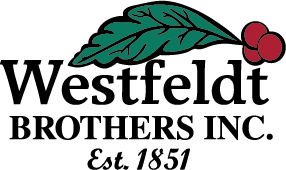 Excellence in coffee
for over 170 years

Over 170 years of history

Westfeldt Brothers, Inc., established in 1851, is one of the oldest coffee importers in the United States. Operating from New Orleans for over 170 years, Westfeldt Brothers continues its tradition of excellence through its sound conservative practices and total commitment to customer satisfaction. Westfeldt Brothers specializes in providing coffee to small and medium sized independent roasters, and in recent years has established a reputation in the gourmet and chicory markets as well. Westfeldt Brothers imports coffees from producing countries around the world with a particular expertise in Latin America.

Our mission is to bring exceptional personal customer service to all our clients, large and small. As a family business focused on long term and unique relationships we invest up and down the coffee value chain. After 170 years our passion remains and our coffee roots are deeper than ever. Leveraging our exceptional capital base and coffee expertise we offer a full spectrum of importation and supply solutions to our customers. By utilizing robust hedging techniques with a broad global supply we can offer the right coffee at the right price, every time.

It’s easy to dismiss experience and relationships in today’s technological and ever more interconnected world. Here at Westfeldt Brothers we disagree. Our business is coffee, but our people, community, farmers and customers are family. Everything we do is centered on relationships, honesty and respect. Having navigated the ups and downs of global markets, supply shocks from wars to devastating droughts it’s our relationships and employees that have steadied the ship, maintained supply and reinforced our foundations.